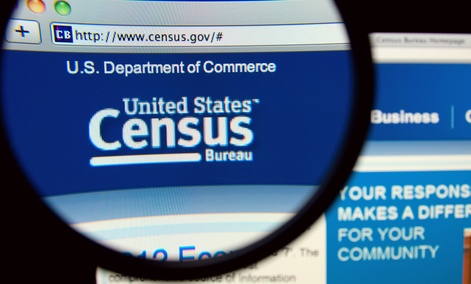 Securityweek posted a interesting article about the U.S Census Bureau data breach. The original article can be found HERE.

Representatives of the United States Census Bureau have confirmed that hacktivists of the Anonymous movement have breached part of the organization’s systems.

The attackers have leaked thousands of usernames, passwords, email addresses, and other data obtained from a census.gov subdomain. The hackers said the attack was a form of protest against the controversial Trans-Pacific Partnership (TPP) and Transatlantic Trade and Investment Partnership (TTIP) trade agreements.

The Census Bureau said the hackers gained access to the Federal Audit Clearinghouse (FAC), hosted on harvester.census.gov, which is used to collect single audit reporting packages from state and local governments, and nonprofit organizations.

According to the Census Bureau, the FAC is hosted on an externally facing IT system that stores non-confidential data, such as the details of individuals submitting information. The investigation into this incident is ongoing, but the Census Bureau says it hasn’t found any evidence that other databases have been breached, or that the personal details of people who responded to censuses and surveys have been exposed.

“It appears the database was compromised through a configuration setting that allowed the attacker to gain access to the four files posted to the hacker’s site. The hackers acquired the data illegally, but as I indicated above, the Clearinghouse site does not store any confidential household or business data collected by the Census Bureau. That information remains safe, secure and on an internal network segmented apart from the external site and the affected database,” Census Bureau director John H. Thompson explained in a blog post on Friday.

Thompson noted that the targeted system was made inaccessible within 90 minutes after the agency learned of the breach. The FAC has been taken offline and it will remain so until the investigation is completed.

The Census Bureau says will strengthen its IT security systems based on the results of the investigation.

The incident comes shortly after the Office of Personnel Management (OPM) admitted that hackers accessed the personal details of more than 21 million federal employees. While the Census Bureau was apparently targeted by Anonymous hacktivists, the main suspect in the OPM hack is a threat actor sponsored by the Chinese government.

“The OPM breach affected millions of people worldwide and has had a ripple effect across the U.S. government. However, my real concern is that it desensitized the public and government officials to smaller but still damaging breaches like the attack on the Census Bureau,” Monzy Merza, chief security evangelist at Splunk, told SecurityWeek.

“Cybersecurity is still a new science, and we learn more every day. The lesson from the breaches at the Census Bureau and OPM is the same: Organizations need to understand who is accessing their networks, from where and for how long. We do not know all the details of the Census Bureau attack or what the ultimate goal of the breach was, but it is clear that we must ensure that our government has the right budget, tools and personnel to continuously defend our networks from all adversaries.”