There are documentaries popping up that showcase outrageous claims such as the government hiding captured mermaids or encounters with aliens. I’ve heard friends and coworkers talk about such things around the water cooler believing the stories are real based on fake videos and actors posing as specialists. Movies like The Blair Witch Project and The Forth Kind present fictional stories as documentaries, however most people figured out they are not real based on being available at major movie theaters. Some documentaries have been seen on TV networks displaying “A Speculative Documentary”, which doesn’t clearly translate to fictional footage.

A recent example of a fake documentary is MERMAIDS: THE NEW EVIDENCE claiming Mermaids are real. The documentary has been seen on the Discovery Channel and Animal Planet side by side with real documentaries making it seem creditable. The documentary includes camera footage of a Mermaid found on a beach as well as research by various specialists. The film claims mermaids are hiding in deep ocean waters to avoid military sonar that causes brain hemorrhaging in some aquatic life. At first glance, the concept seems plausible to some people.

I decided to show research used to qualify documentaries such as this. Here are some steps to prove Mermaids: The New Evidence is fake.

Google is your friend. In many cases, you will find general conversations about a subject that may lead to evidence of the truth. A Google search on the mermaid film shows a number of people pointing out how the film is not real. WIKI had the passaged above confirming the film is fake. This research exercise pretty much sealed the deal (and took less than a minute) however I continued gathering evidence in the event the general public as well as WIKI is wrong (which sometimes happens). 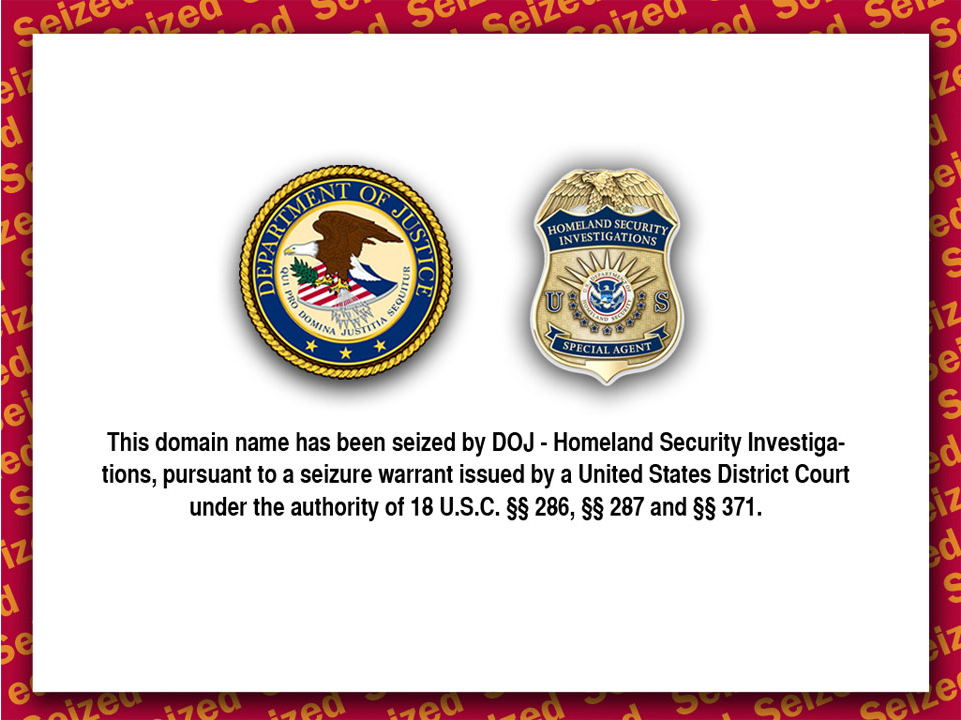 There is a website associated with the documentary “believeinmermaids.com” that displays The Department of Justice has seized all evidence of mermaids presented in the film. Why would DOJ violate the freedom of speech in this manner is beyond me however lets investigate this website.

The first thing to check is the website history using WayBack Machine found at http://archive.org/web/web.php. WayBack Machines shows the entire lifespan of a website and changes to the website. This website was created in 2012, which happens to be around when documentary was filmed. If you select April 1st to show the first version of the website, it shows the DOJ warning has been the only things displayed since day 1.

The next question is who owns the website? By looking at the WHOIS information at http://whois.net/, I can see believeinmermaids.com is owned by Discovery Communications, LLC. Ok, so the Discovery Channel created the believeinmermaids footage the week of the filming. Pretty obvious it was created to drive attendance to the film rather than be a real website featuring controversial evidence. 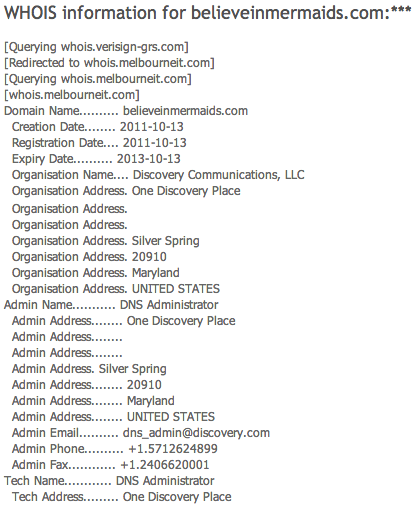 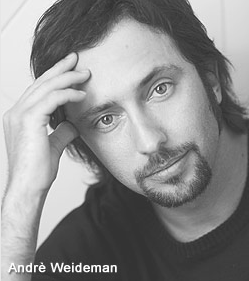 Hopefully this post educates people on how to qualify concepts prior to believing anything told by public networks. Similar research tactics should be used when considering questionable specialists such as physic mediums or historical events that seem to be fishy. Knowing is half the battle.