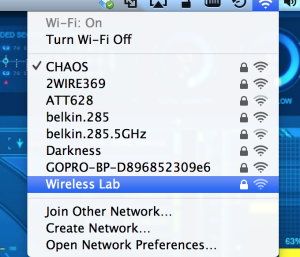 Great post by Aamir Lakhani on breaking WPA2_PSK. The original can be found HERE

WPA2-PSK may not be as safe as you think. There are a few attacks against WAP2-PSK. One of the most common attacks is against WPA2 is exploiting a weak passphrase.

Below you will find a few easy steps on how to break WPA2 with a weak passphrase.

I set up a test network for this blog article. The client box is logging into my wireless Lab test network. This is the network we will break. 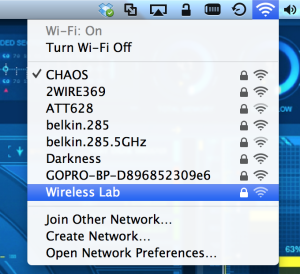 The first step is to verify the router configuration. Normally in a real penetration test we would not have this option, but since this is a home lab I have a little more flexibility.

In this case the lab access point is securing the wireless network Wireless Lab with WPA2-PSK. It using the passphrase Cisco123. You can use any wireless router to setup your wireless lab. 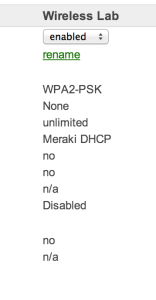 We will be using Kali Linux to complete this task. Kali will need a wireless card configured before it can be used by the operating system. I am using the Alfa AWUS051NH adapter. Almost any Alfa wireless adapter will work. I am a big fan of the AWUS051NH adapter because it a duel band adapter. However, this card is very difficult to obtain since it is no longer sold. 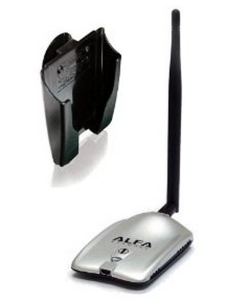 My next step will be to enable the wireless interface. This is accomplished issuing the ifconfig wlan0 up command.

I need to understand what wireless networks my wireless card sees. I issue the iwlist wlan0 scanning command.

This command forces the wireless card to scan and report on all wireless networks in the vicinity.

You can see from this example it found my target network: Wireless Lab. It also found the MAC address of my access point: 0E:18:1A:36:D6:22. This is important to note because I want to limit my attack to this specific access point (to ensure we are not attacking or breaking anyone else’s password).

Secondly, we see the AP is transmitting on channel 36.This is important because it allows us to be specific on what wireless channel we will want our wireless card to monitor and capture traffic from. 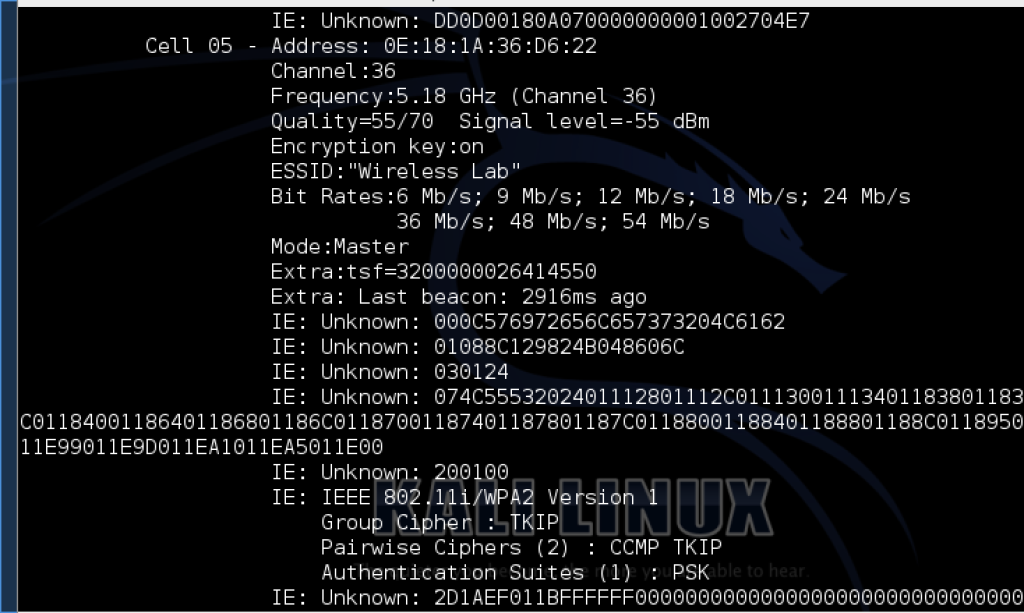 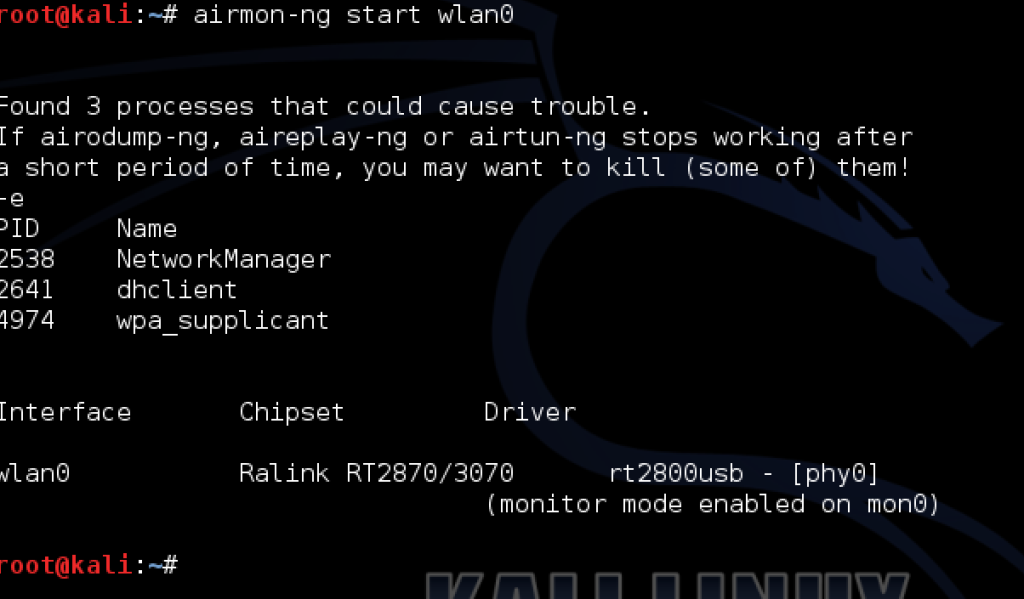 Next, run the ifconfig command to verify the monitor interface is created. We can see mon0 is created.

Now verify the interface mon0 has been created.

Use airodump-ng to capture the WPA2 handshake. The attacker will have to catch someone in the act of authenticating to get a valid capture. Airodump-ng will display a valid handshake when it captures it. It will display the handshake confirmation in the upper right hand corner of the screen.

Note: We will manually connect to the wireless network to force a handshake. In a future post I will show you how to force a reauthorization to make a device automatically disconnect and reconnect without any manual intervention.

To capture the handshake you are dependent on monitoring a legitimate client authenticate to the network. However, it does not mean you have to wait for a client to legitimately authenticate. You can force a client to re-authenticate (which will happen automatically with most clients when you force a deauthorization).

The command on  is: aircrack-ng “name of cap file you created” -w “name of your dictionary file”

Backtrack 5 ships with a basic dictionary. The dictionary file darkc0de.lst is a popular worldlist that ships with BackTrack5. We added our password Cisco123 in this file to make the test run a little smoother

Many attackers use large dictionaries that increase their chances of cracking a passwords. Many dictionaries contain passwords from real users and websites that have been cracked and posted on the Internet. Some sophisticated dictionaries combine multiple languages, permutations of each word, and key words and phrases from social media sites such as Twitter and Facebook.

Kali does not come with the darkc0de.lst but you can download it from here

In this blog we created a file named “sample.lst” and added the word Cisco123 in it.

If the password is found in the dictionary file then Aircrack-ng will crack it. 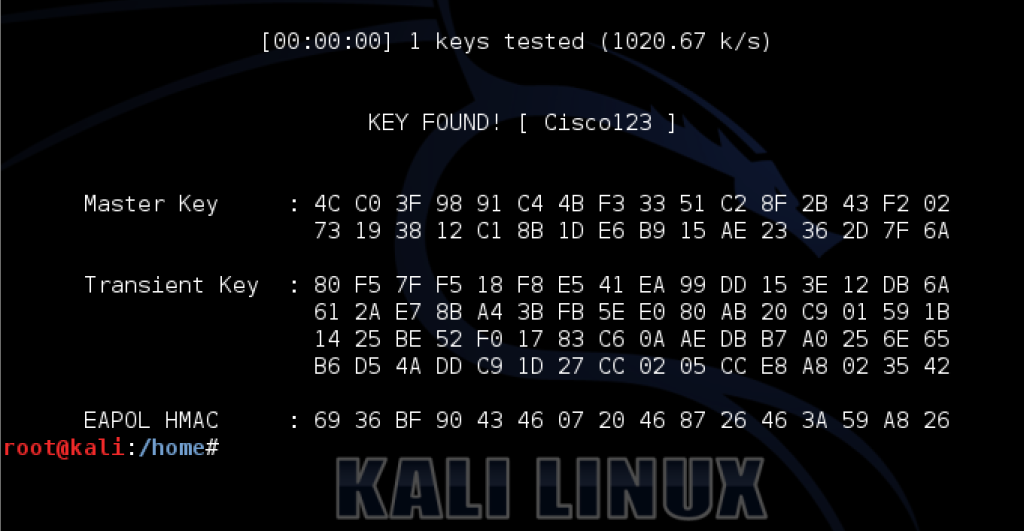