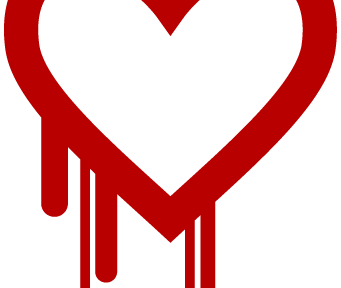 My buddy Aamir Lakhani wrote a great post covering the recently exposed security vulnerability that impacts more than half of the websites on the Internet. Its something everybody needs to be aware of. The original article can be found HERE.

Here is what you need to know:

The bug allows a remote attacker to read up to 64 bytes of memory. The attack works against clients and servers. Critical information such as private keys, passwords, access methods, and other sensitive information is stored in memory. Attackers could exploit web servers they are browsing, or they could exploit client machines such as Linux, Mac, Windows, and Android systems.

Keep in mind attackers only have access to a limited subset of the memory buffer, however, the memory may contain a website’s SSL private keys and other passwords.

Web site owners are encouraged to change and re-key their SSL certificates. If encrypted data was captured and stored by an attacker, or a third party, and if this attack is used to successfully obtain the private keys, then an attacker or a third party could potentially decrypt and read the old captured data.

If you are using a personal computer, connecting to open wireless networks by using and OpenSSL VPN, attackers could intercept your traffic and compromise your data. If you are not sure if your VPN device is vulnerable, I would work under the assumption SSL VPN tunnels are not keeping you secure. I have no doubt all major vendors that are vulnerable will be issuing fixes within the next 48 hours if not sooner.

If you are using any modern type of Unix or Linux system, then you are most likely vulnerable to the bug. Microsoft IIS servers use the Microsoft Windows Crypto Implementation, therefore are not vulnerable.

The Heartbleed bug was introduced in OpenSSL 1.0.1 and is present in

Check if you are vulnerable. “openssl version -a” will return the version information. You should be running version 1.0.1g, which is NOT vulnerable. Older major versions before 1.01 (0.9x, 1.0.0 …) are not vulnerable either.

Additionally, there is a Metasploit module for the attack that can be found here:

The Cisco ASA is one of the most popular firewall and VPN devices in the world. With the ASA you can determine the version of OpenSSL implemented from the ASA release notes. Examine the “Open Source” notes that are located in the release notes of the particular ASA image you are concerned with.

If you are using the Cisco ASA for SSL VPNs, it appears you are not vulnerable to the bug (I am assuming the product had been implemented correctly, with proper architectural design, and mitigating controls). Most VPNs that implement IPSEC VPNs should not be vulnerable as well.

F5 Big IP solution is used to protect, load-balance, and provide other advanced features to public facing websites. If your organization has been using the F5 solutions, you are protected from attackers against this vulnerability (I am assuming the product had been implemented correctly, with proper architectural design, and mitigating controls).

Please note, this list is not inclusive, these are just two very popular products.

What should you do

OpenSSL is by far the Internet’s most popular open-source cryptographic library and TLS implementation. It is the default encryption engine for Apache, nginx, which according to Netcraft runs 66 percent of websites. (Source: http://news.netcraft.com/archives/2014/04/02/april-2014-web-server-survey.html)

NCCGROUP has also posted some  signatures for Snort and Suricata. The following signature can be used to detect the use of the ssltest.py script and maybe other using TLS 1.1. No warranty is implied or otherwise etc…

Please note the following caveats to this detection string:

NCC group has developed a further Snort signature that is more generic that will likely catch attempts to exploit the vulnerability that do not use the publically available script:

Details can be found on blog.inliniac.net

Ubuntu 1.0.1-4ubuntu5.12 of OpenSSL resolves the issue. However it is important that if you wish to resolve this vulnerability for an Apache install that you also upgrade libssl specifically e.g. apt-get install libssl1.0.0 or you run the risk of upgrading OpenSSL but not actually resolving your exposure.