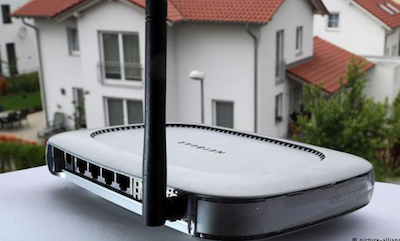 Anyway … here is the article about the German router take down ….

A suspected cyberattack has disrupted internet service for nearly a million households in Germany. Only specific models of routers were affected, leading technicians to suspect a deliberate hack.

About 900,000 internet customers experienced severe internet outages over the weekend in what Deutsche Telekom has blamed on an apparent indiscriminate cyberattack.

“We believe that influence was exerted on the routers from outside,” an unnamed company spokesman told the AFP news agency, noting that malware had been installed on routers that prevented them from connecting to the company’s network.

The telecom giant did not provide details of which models of router – hardware that mediates the transmission of data packets on the internet and elsewhere – were affected. Customers have been advised to disconnect their routers if they suspect that they were targeted. 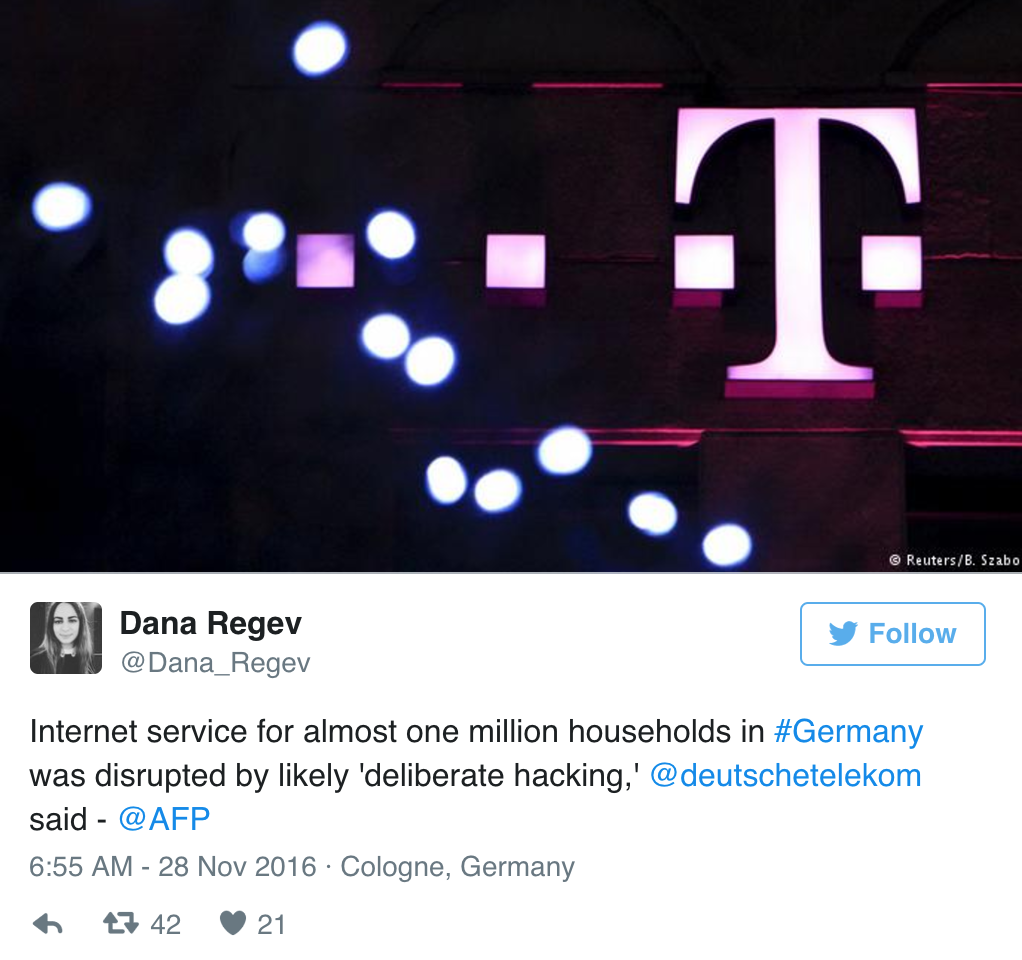 Government spokesman Steffen Seibert told reporters that official computers were not affected by the apparent hack. “What this incident shows is how important and right the attention is that the German government, especially the Interior Ministry, have put on exactly this topic of cybersecurity and securing our infrastructure in the digital realm,” Seibert said Monday. He added that his aim was to “comprehensively reassure” the German public of the state’s ability to continue its daily functions despite the disruptions.

Germany has been the target of multiple cyberattacks in recent years. In September, several political parties received emails which purported to be from NATO headquarters but which in fact contained a link that installed spying software on their computers.

Selfies to kill off passwords within five years, says Mastercard