My buddy Aamir Lakahani wrote a cool post on how to create exploits with Metasploit. The original post can be found HERE.

Metasploit has the ability to create an executable payload. This can be extremely useful if you can get a target machine to run the executable. Attackers often use social engineering, phishing, and other attacks to get a victim to run a payload. If attackers can get their a victim to run a payload, there is no reason for an attacker to find and exploit vulnerable software.

Creating a basic backdoor with msfpayload

The first thing we will demonstrate is how to create a basic backdoor with msfpayload. Msfpayload is a quick way to create a payload. However, the command is being depreciated. The msfvenom command will be replacing msfpayload. One of the reasons is msfvenom combines the functions of msfpayload and msfencoder that allows one to encode their payloads for AV and other evasion techniques.

We will take a look at msfpayload, then we will move towards using msfvenom for the rest of the article.

In this first step we will create a Windows executable that will make a reverse connection over over port4445 to our Metasploit Kali Linux server which has an IP address of 192.168.2.100

You will get a banner stating the command has been depicted.

Verify the EXE file has been created.

Next we start our listening server in msfconsole on Kali Linux

Now the trick is to get the victim host to click on the executable. We are just going to double click.

You can see we have a meterpreter session to the victim machine when they connect back to Kali Linux Metasploit server. Now let’s get a little more advanced by using msfvenom to create a backdoor…
Objective
Create a backdoor and hide it in a legitimate application such as notepad.exe from Windows XP
Requirements: 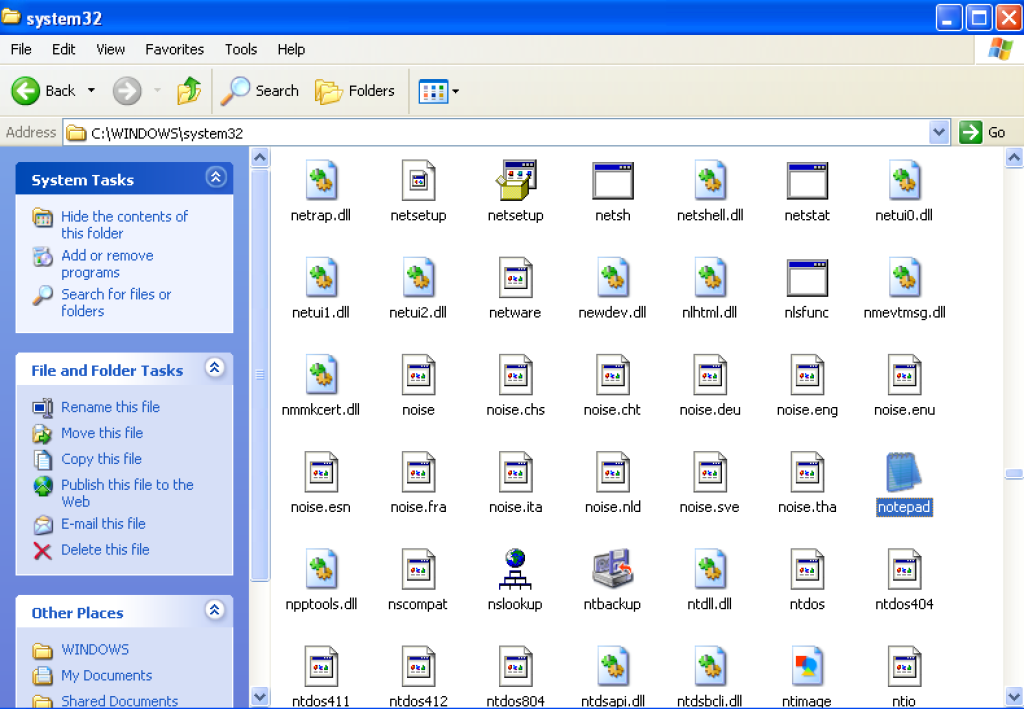 Steps:
1. Copy notepad.exe from Windows XP into Kali Linux
2. Inject payload into legitimate notepad.exe code
3. Encode payload so it can’t be detected as easily my AV.
4. Entice victim to run modified version of notepad.exe
5. Place notepad.exe into the root folder (or any other folder of your choosing) in Kali.
6. From Kali Linux we will use msfvenom to inject malicious notepad and create a new executable.

-i is how many times you want to encode the executable. Each time it is encoded a new checksum is generated.

A word about payload encoders:

In the above example we try and encode our payload to evade anti-virus. We are using jmp_call_additive encoder. We feel this is one of the best encoders. However don’t be surprised if some or all encoders don’t work. AV companies try new methods to detect them. You can use third-party and commercial encoders as well.

x86/countdown – This encoder uses the length of the payload as a position-dependent encoder key to produce a small decoder stub.

Most people claim shikata_ga_nai is the best encoder, however, I find many AV companies make great effort to detect this encoder.

Next we will check if any AV vendors detect our malicious file. The best way to do this is to use Virus Total. I recommend only searching for the hash and not uploading the file. Once the file is uploaded, AV vendors will most likely update their definitions to specifically look for your malicious executable.

1. First find out the hash for your new executable my using the md5sum command. 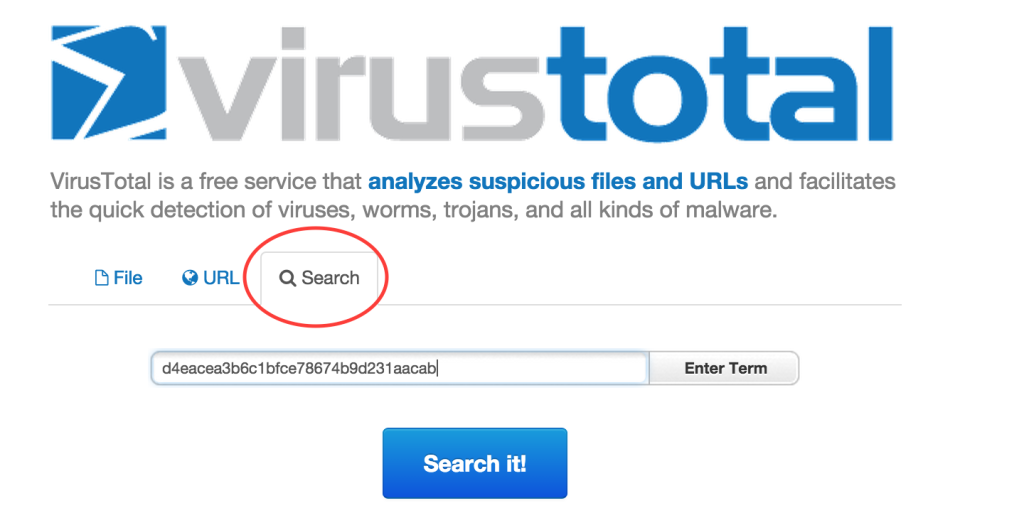 3. Verify Virus Total does not have the results.

You will then entice the victim to run your program Once the victim runs the program you will have a full meterpreter session on your Kali box.