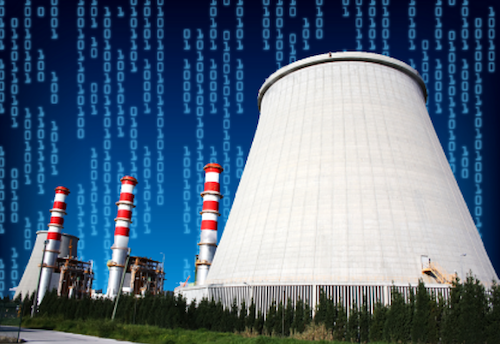 CyberX’s threat intelligence research team has uncovered new evidence that the KillDisk disk-wiping malware previously used in the cyberattacks against the Ukrainian power grid has now evolved into ransomware.

By reverse-engineering the new malware variant, CyberX’s team (led by David Atch, VP of Research) found that it displays a pop-up message (below) requesting 222 Bitcoins or approximately $206,000 in return for the decryption key.

The new malware encrypts both local hard-drives and any network-mapped folders that are shared across the organization, using a combination of RSA 1028 public key and AES shared key algorithms, where each encrypted file has its own AES key. The contact email uses a secure, anonymous email service (lelantos.org) to hide the identity of the attackers. We believe the malware is being distributed via malicious Office attachments.

This new variant of KillDisk was developed by the TeleBots gang, a group of Russian cybercriminals believed to have evolved from the Sandworm gang. The Sandworm gang is responsible for a string of attacks in the United States during 2014 that compromised industrial control system (ICS) and SCADA networks using a variant of the BlackEnergy malware. According to a December 2014 alert from the DHS, this “sophisticated malware campaign” compromised human-machine interfaces (HMIs) at a number of US companies. HMIs are used to control critical industrial processes such as power generating equipment and chemicals production.

It’s also believed the Sandworm gang conducted the Ukrainian ICS/SCADA attacks during December 2015 and January 2016. The TeleBots gang recently moved into cyber-sabotage attacks against Ukrainian banks, using a version of KillDisk that displays the Mr. Robot image shown above.

We’ve already seen indications that cybercriminals are targeting chemical plants in eastern Europe for extortion. This was discussed in a security research presentation at Black Hat 2015 and DEF CON 23 entitled “Rocking the Pocketbook: Hacking Chemical Plants for Competition and Extortion.”

According to FBI estimates, ransomware is projected to be a $1B industry in 2016. The transition from destroying disks to encrypting them for ransomware makes a lot of economic sense for industrial cybercriminals, because it enables them to monetize their attacks rather than simply performing cyber-sabotage.

Industrial organizations are excellent targets for ransomware because:

How Industrial Organizations Can Protect Themselves

Protecting your ICS/SCADA networks from sophisticated cybercriminals and nation-states requires a serious commitment from management to ratchet up your security controls.

This is especially true as IT and OT networks are converging to support new initiatives such as SmartGrids and Smart Manufacturing, increasing the likelihood of cyberattackers accessing critical industrial systems via the Internet or via careless employees on the IT network.

In particular, we recommend: