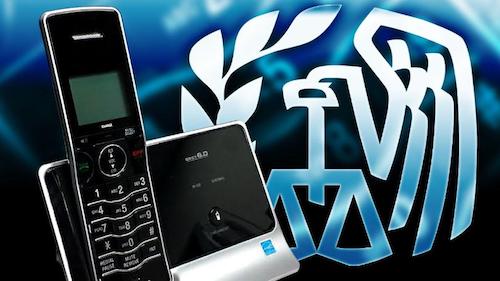 I finished my taxes last month and was hoping to forget thinking about taxes until next year. Today, I received a call from Millsboro, DE 302.549-9900 with a creepy robot voice telling me I am about to be sued by the IRS. I tried redialing the number and it just rang (probably because its a fake used to dial out). Phone records show very little on it as shown 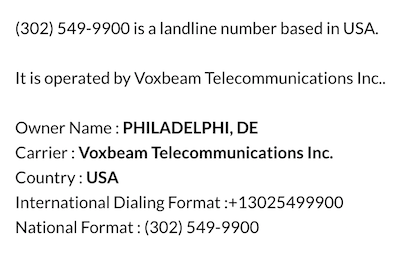 The creepy voice said I needed to call back 866-253-0374 right away. So for fun, I called the number and was told I reached the IRS. Hmmm … that’s now what searching the number shows. It shows as private.

When I got somebody on the phone, they immediately wanted to go through my case file. How did they know who I am? I was dialing through a proxy line and didn’t say anything at this point. Hmmmm. I gave them a fake SSN number and started asking him for his info in the event we lost connection. As soon as I did that, he hung up on me. Boooooo. I tried calling back later and was redirected to an add for life insurance. WTF?

(update) So I called the new line and spoke with a lady with a accent named Elisa Jones – Badge number 32529. The lawsuit filed was based on back taxes from 2013-2016. Based on section 101. Case number CPF10136T I owed 3986 dollars. If I don’t pay this, i will lose my driver license, bank accounts, up to 5 years in jail and godzilla will attack. All of this when I told them my name is Bob Jackson living at some address I made up. Elisa asked if I would like to be transferred to her senior officer to talk about payment options. After a few moments, I was transferred to Mathew (again with the accent) who asked if I had the money available. He asked me to verify if the money is available and when I was “yea maybe” he hung up. I guess he was looking to see if I had the money and would be willing to pay right now on the phone or I’m wasting his time. He probably felt I wasn’t showing enough urgency to pay and hung up. So in summary, the target for this scam is to not steal info but scare me into paying a few thousand dollars. Lame

BTW I could hear in the background a bunch of people on the phone so there is obviously a group of people somewhere running this operation like some shitty call center.

I found after a quick search that others are receiving these stupid calls. CNBC posted about one example HERE.

Here are a few points to know.

First, the IRS isn’t going to call you. They don’t function like that.

Second, they are not going to use the voice from the movie SAW to warn you that you are being sued and must call back within 24 hours. The government may be having some challenges these days in the US but they haven’t gone to scare tactics using robotic voices yet.

Most important …  anytime you talk to somebody you don’t know, NEVER give them anything real. If you actually believe something like this is real, always go to the public facing website, call that number and have a conversation. I’ve seen these types of scams calling to pretend they are desktop support from XYZ saying you have viruses, they are the police and have your child in custody needing bail money, they are the bank verifying funds being transferred, the court saying you are required to do jury duty or pay to get out of it now and so on. Any of these can easily be proven false by going to the real website directly and calling to verify the situation is not real. For example, if you call the IRS, they will quickly explain how these calls are fake once you explain what happened. Also, using Google about the situation can quickly explain whats going on. In this case, searching Google for “IRS calling about being sued” will bring up tons of warnings about this situation being fake.

I’m waiting for another call so I can send it to voicemail and post it on here. Lets see if SAW voice calls back …