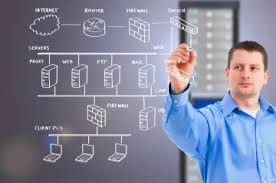 Networkworld wrote a interesting article on how Cisco is opening their development kimono and letting customers view how things are coded. The goal is to be more transparent about how things such as proving Cisco isn’t hiding NSA back doors in its technology. The original article can be found HERE.

Cisco’s suppliers have stronger security requirements, and customers will soon be able to inspect products before buying

Cisco is working to build the confidence of prospective customers in its products, two years after disclosures of spying by the U.S. National Security Agency seeded doubt, particularly in China.

It is increasingly putting more stringent security requirements on its suppliers and has launched a beta program that allows customers to analyze its products in a highly secure environment before buying.

The efforts are intended to introduce more transparency to allay growing concerns over how supply chains could be opportunistically used by spies and cyber criminals.

“I worry about manipulation, espionage and disruption,” said Edna Conway, chief security officer of Cisco’s global value chain, in a recent interview. “We worry about tainted solutions, counterfeit solutions and the misuse of intellectual property.”

Cisco became perhaps an unintended casualty from secret documents leaked by former NSA contractor Edward Snowden in 2013. A now infamous photo showed NSA employees around a box labeled Cisco during a so-called “interdiction” operation, one of the spy agency’s most productive programs.

Interdictions involve snatching high-tech equipment in transit and secretly modifying it before it arrives at a customer’s door.

As a result, China encouraged buyers in the country to source equipment from local suppliers, and Cisco’s market share fell. In fiscal 2015, Cisco’s revenue in China declined 21 percent compared to a year prior, according to its annual report released in August.

The NSA incident is an example of how just a single piece of information can impact a company’s brand and sales, said Steve Durbin, managing director of the Information Security Forum in London.

“Once that genie is out of the bottle, it’s a hell of job to put it back in,” Durbin said.

Cisco stringently denied collaborating with the NSA, as was suspected of many other U.S. technology companies. Then-CEO John Chambers sent a letter to President Barack Obama in May 2014, warning that such spying operations “undermine confidence in our industry.”

Despite being one of largest sellers of routers and networking equipment, Cisco doesn’t have a single factory. Its products — at least the physical ones — are totally outsourced, and it has some 25,000 suppliers.

The company has developed a master security specification for those suppliers with 184 requirements covering areas such as manufacturing, governance and asset management, Conway said.

What requirements apply depend on what the supplier provides to Cisco, she said. A supplier of printed circuit boards, for example, may be required to use a role-based access system with secure authentication in order to access certain intellectual property, she added.

Other requirements revolve around personnel security, such as how people are trained or procedures used when peoples’ jobs change or they’re terminated, she said.

Cisco is also taking a cue from other companies, including competitor Huawei and Microsoft, to allow customers to test and inspect source code in a secure environment.

Early next year, Cisco plans to open a facility in Research Triangle Park in North Carolina for the program, called the Technology Verification Service. Interested customers will have to pay for the service, which is also subject to U.S. export control regulations.

Cisco “can say you can trust us, and here is the reason why,” said Nigel Glennie, Cisco’s director of business critical communications.

Huawei has long contested unsubstantiated accusations that its equipment could contain “backdoors,” or spying code planted by Chinese intelligence agencies.

Australia forbid Huawei in 2012 from supplying equipment for its National Broadband Network project, which aims to provide high-speed, fiber-optic Internet connections throughout the country.

A U.S. congressional report released that same year alleged that Huawei and ZTE, another large Chinese networking company, could pose a risk to the country’s infrastructure. As a result, Huawei has never had much success in the U.S. in networking.

The sensitivity around networking equipment stems from the broad visibility that can be gained into large amounts of Internet traffic passing through routers and switches, making their security paramount for privacy and security.

That’s what makes the equipment so attractive to spy agencies. A December 2013 story in the German publication Der Spiegel described a 50-page catalog of hardware and software tools used by the NSA to infiltrate the equipment.

One software implant called JETPLOW was designed for Cisco’s PIX and ASA series firewalls to enable full access to the devices.

But enterprises probably have bigger fish to fry — such as organized cybercrime — rather than worrying about highly advanced state-sponsored espionage, said Joe Skorupa, a networking and communications analyst with Gartner.

“The NSA and other three letter organizations have very, very long reach and very, very powerful allies,” Skorupa said. “There are ways of putting extraordinary pressure on organizations.”

A Cisco router might have 30 million lines of code, which would be impossible to completely vet. Proving a product hasn’t been tampered with by spy agencies is like trying “to prove the non-existence of god,” Skorupa said.

This story has been updated to correct the job title for the Cisco spokesman quoted in the 17th paragraph.

These 3D Printed Masks Are a Mugger’s Dream Come True