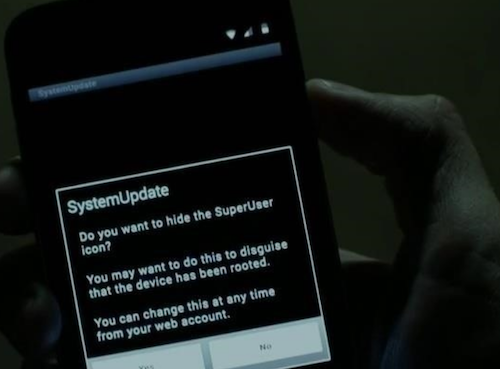 Motherboard.com posted an interesting article about a hacker that dumped a bunch of iOS cracking tools from Cellebrite. These tools require physical access to the device and work similar to the jailbreaking techniques used by the jailbreak community. The original post can be found HERE.

The hacker says this demonstrates that when organizations make hacking tools, those techniques will eventually find their way to the public.

In January, Motherboard reported that a hacker had stolen 900GB of data from mobile phone forensics company Cellebrite. The data suggested that Cellebrite had sold its phone cracking technology to oppressive regimes such as Turkey, the United Arab Emirates, and Russia.

Now the hacker responsible has publicly released a cache of files allegedly stolen from Cellebrite relating to Android and BlackBerry devices, and older iPhones, some of which may have been copied from publicly available phone cracking tools.

“The debate around backdoors is not going to go away, rather, its is almost certainly going to get more intense as we lurch toward a more authoritarian society,” the hacker told Motherboard in an online chat.

“It’s important to demonstrate that when you create these tools, they will make it out. History should make that clear,” they continued.

Cellebrite is an Israeli firm which specializes in extracting data from mobile phones for law enforcement agencies. The company’s flagship product, the Universal Forensic Extraction Device (UFED), typically comes as a small, laptop-sized device, and can pull SMS messages, emails, and more from thousands of different mobile phone models. The investigator needs to have physical access to the phone to analyze it.

A Motherboard investigation found that US state police and highway patrol agencies have collectively spent millions of dollars on Cellebrite technology.

The hacker claimed to have taken the newly released data from a remote Cellebrite server, and said they had extracted them from UFED images. They told Motherboard that the files were encrypted, likely in an attempt to protect Cellebrite’s intellectual property, but that they managed to bypass the protections.

“The ripped, decrypted and fully functioning Python script set to utilize the exploits is also included within,” the hacker wrote in a README file accompanying the data dump. The hacker posted links to the data on Pastebin.

It’s not clear when any of this code was used in the UFED. Many of the directory names start with “ufed” followed by a different type of phone, such as BlackBerry or Samsung.

In their README, the hacker notes much of the iOS-related code is very similar to that used in the jailbreaking scene—a community of iPhone hackers that typically breaks into iOS devices and release its code publicly for free.

Jonathan Zdziarski, a forensic scientist, agreed that some of the iOS files were nearly identical to tools created and used by the jailbreaking community, including patched versions of Apple’s firmware designed to break security mechanisms on older iPhones. A number of the configuration files also reference “limera1n,” the name of a piece of jailbreaking software created by infamous iPhone hacker Geohot. He said he wouldn’t call the released files “exploits” however.

Zdziarski also said that other parts of the code were similar to a jailbreaking project called QuickPwn, but that the code had seemingly been adapted for forensic purposes. For example, some of the code in the dump was designed to brute force PIN numbers, which may be unusual for a normal jailbreaking piece of software.

“If, and it’s a big if, they used this in UFED or other products, it would indicate they ripped off software verbatim from the jailbreak community and used forensically unsound and experimental software in their supposedly scientific and forensically validated products,” Zdziarski continued.

A spokesperson for Cellebrite told Motherboard in an email: “The files referenced here are part of the distribution package of our application and are available to our customers.  They do not include any source code.”

He added that the company monitors new research from academia and the information security community, including “newly published forensic methods, research tools and publicly documented issues, including “jailbreaks,” which enable platform research.”

Cellebrite develops methods for gaining access to phones that do not change or alter data on the device, the spokesperson continued. He wrote that Cellebrite’s technology is used to combat child trafficking and exploitation, sexual assault, murder, and drug and gang crime.

In its statement released in response to the initial data breach, Cellebrite only mentioned that “basic contact information” of its customers had been stolen. But as Motherboard reported at the time, the cache of data included much more.

In early 2016, the Department of Justice and Apple entered a fierce legal battle, in which the department tried to legally compel Apple to build a custom operating system that would allow investigators to bypass security protections on an iPhone. A concern at the time was that, if such an operating system was created, it could leak and become public.

Although these dumped tools may not be the most sensitive—Cellebrite keeps its techniques for cracking more recent iPhones inhouse—they do demonstrate that those worries were justified.

Researchers will likely now dig through the content for any interesting attacks or findings.

“@FBI Be careful in what you wish for,” the hacker’s message reads, before signing off with a piece of ASCII art, which says “Backdoorz.”