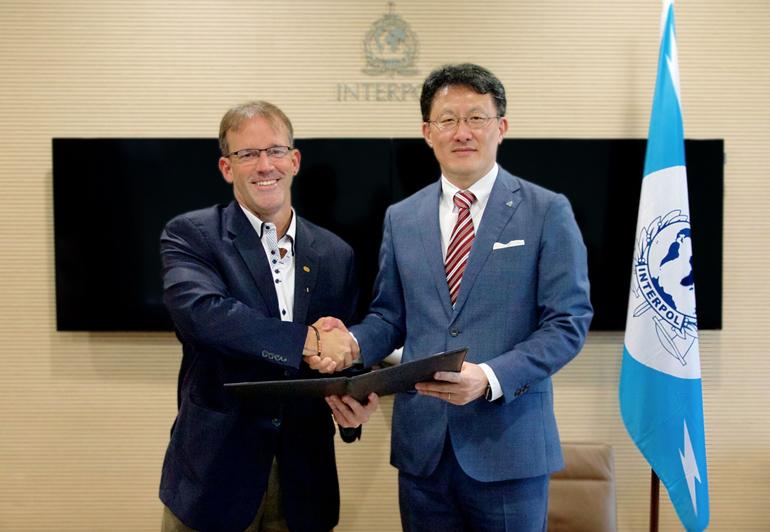 ZDNet posted a good summary of the recent announcement about the Cisco Interpol threat data collaboration. The original post can be found HERE.

Cisco and Interpol have announced a new agreement to share threat data on cybercriminal activities.

On Tuesday, the tech giant and international law enforcement agency said that sharing threat intelligence between the parties will be the “first step” in jointly tackling today’s cybercrime.

Modern consumers and businesses are facing more and more digital threats every day.

Hardly a week goes by that we do not hear of a severe data breach resulting in the loss of consumer data, highly sophisticated phishing schemes designed to infiltrate corporate networks or ransomware campaigns which encrypt individual systems and demand blackmail payments in return for lost information.

The situation is getting no better, and there is arguably a skills gap in the cybersecurity industry. To make as much of a dent, government and law enforcement agencies should work with cybersecurity specialists to at least attempt to get on top of the problem and shut down major criminal enterprises.

Such a concept is no stranger to Europol, for example, which operates in Europe together with law enforcement to eradicate ATM fraud, black box schemes, and the takedown of Dark web websites used to buy illegal drugs, weaponry, and more.

Interpol is also on the scene, training police in different countries to identify cybercriminal schemes across the Dark web, as well as working with banks and financial institutions to detect fraud and criminal schemes worldwide.

Now working together with Cisco under the agreement, signed in Singapore at Interpol’s headquarters, the agency’s global cybercrime center will work with Cisco to create a coordinated approach to data sharing in order to improve threat detection and lay the groundwork for future projects.

Cisco says the agreement supports the “organization’s programs targeting both “pure cybercrime” and cyber-enabled crimes,” and also assists European countries with identifying cybercriminal schemes and the threat actors behind them.

“As cybercrime continues to escalate around the world, defenders from both the public and private sectors must meet the threat with equal force,” said John Stewart, SVP and Chief Security and Trust Officer at Cisco. “Visibility and comprehensive threat intelligence across the cyber domain are critical to enable detection, analysis, and protection against emerging threats.”

“We are pleased to collaborate with Interpol to exchange threat intelligence and find other knowledge-sharing opportunities to fight cybercrime globally,” the executive added.

This is not the first time Interpol has reached out to a cybersecurity firm for help in tracking down cybercriminals.

Back in 2014, the agency inked a three-year deal with Trend Micro. Under the terms of the deal, Trend Micro gave Interpol access to its Threat Intelligence Service, alongside additional resources and tactical information. Trend Micro also agreed to assist in a cybercrime investigation training program.

In June, Europol and European law enforcement swept across six countries to take down the leaders of a cybercriminal ring which specialized in selling remote access Trojans (RATs), hacking tools, and software designed to circumvent traditional antivirus solutions.