Cisco just released its annual Security Report that can be downloaded HERE. This report takes research, insights and perspectives from Cisco and other security experts such as Level 3 Threat Research labs. Topics covered are Threat Intelligence IE trends in web attack vectors, web attack methods and vulnerabilities , Industry Insights IE how the industry is doing, Security capabilities Benchmark Study IE security professional’s perceptions of the state of security and Looking Forward, which covers some case studies and updates on on research targeting reducing time to detection of threats.

Here is a list of some interesting highlights from this report:

It was great to see the Angler exploit kit go down (I posted about this HERE) however what is interesting is how fast it came back (here is a article on that HERE). Basically, the people behind these attacks are able to tweak things very quickly and get it back out there making it almost impossible to truly prevent these attacks from happening.

I found this one interesting being a fan of the Browser Exploitation Framework (BeEF) tool. Not only are browsers vulnerable, the auto installation of browser extensions IE crapware are causing people to get compromised. Remember to not quickly click through installing software or just download software from anywhere or you may get some malicious extras that expose you to bad stuff.

Looks like Flash is still bad. Hopefully the reducing of risk will actually happen.

DNS seems to be something to leverage for security intelligence since the majority of malware is using it to carry out campaigns. 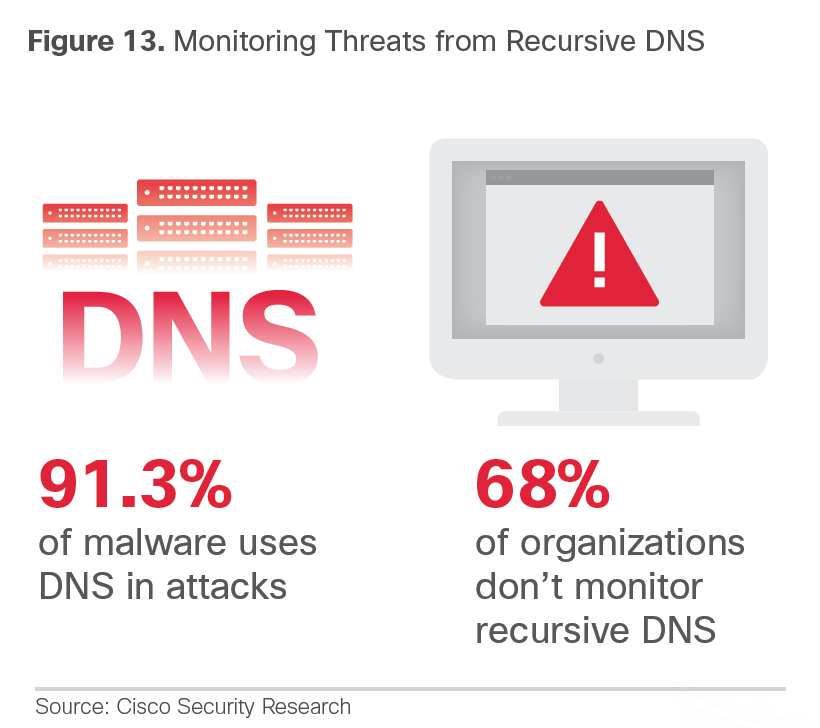 We all saw this coming. Now HTTPS is being seen more than HTTP. Go encryption however don’t think this is a security feature. Many malicious websites can hide as categories many customers tend to not decrypt such as banking or religion. We find it is common practice to do “selective decryption of SSL” and the attackers know this as well. 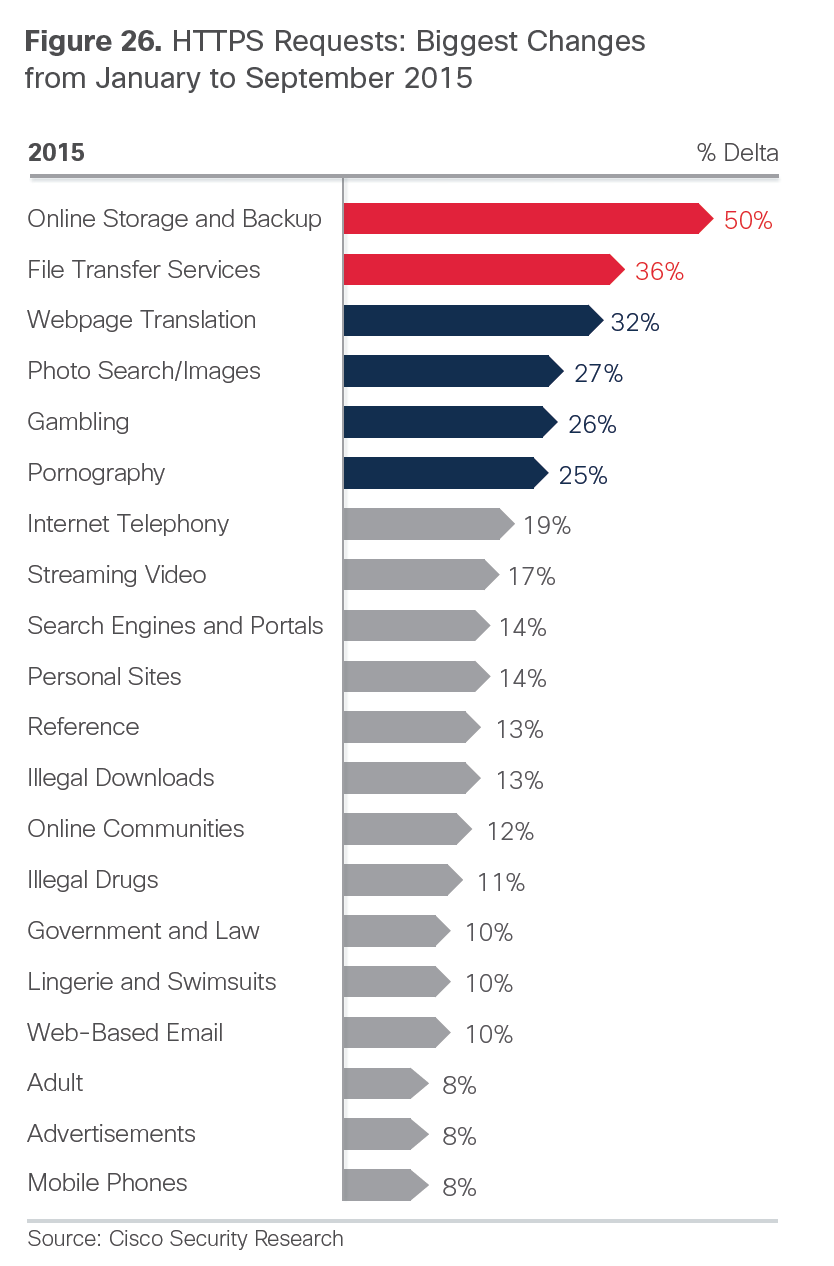 It shouldn’t be a shock that the majority of customers being evaluated during assessments have vulnerabilities due to old software and hardware.Yes, you fear the unknown day zeros however the majority of recorded breaches according to the Verizon Breach Report stated that 99% of the time, the vulnerability identified after a breach was known and a patch was available for over a year. This Cisco report backs up what the Verizon report found.

This backs up the concept that small business continues to be the top target for attackers. Why is that? Well because they are the easiest targets. Also they are great pivoting points to launch attacks against larger targets.

Outsourcing Security Services is increasing according the this research. 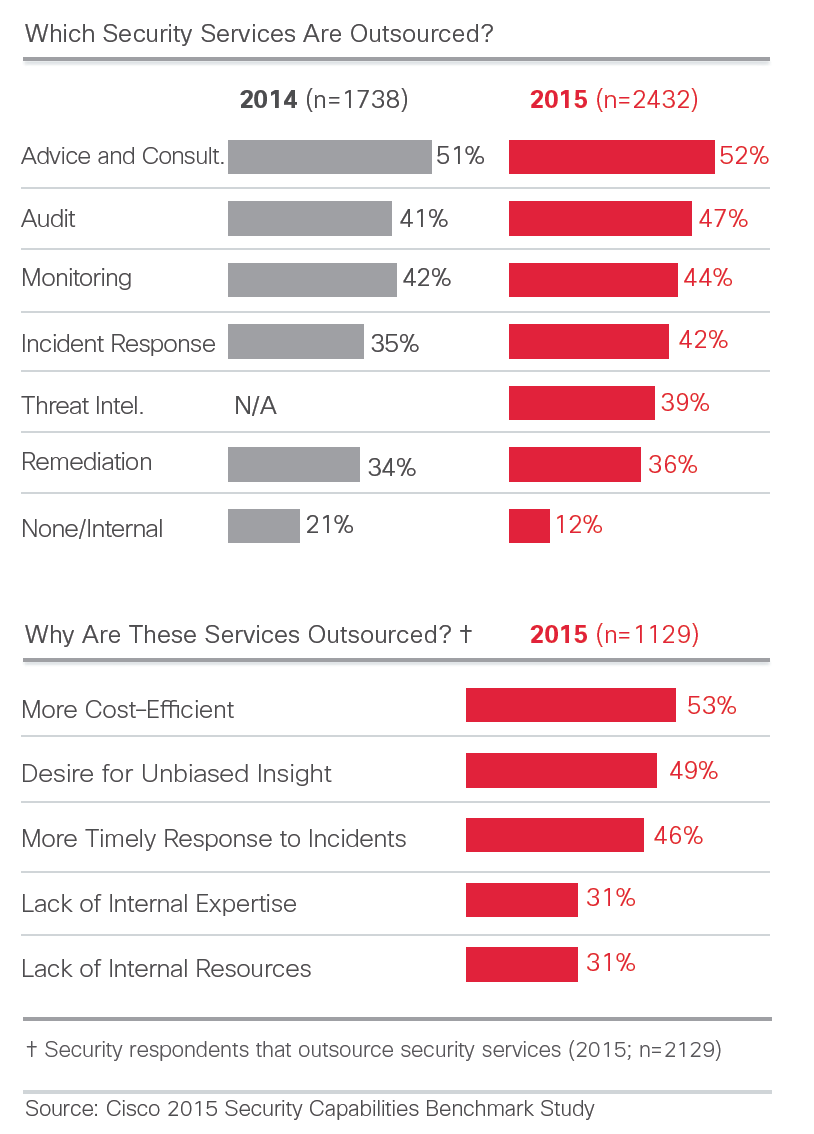 I like this diagram showcasing the most commonly observed malware. Not shocking to see Facebook scams at the top. 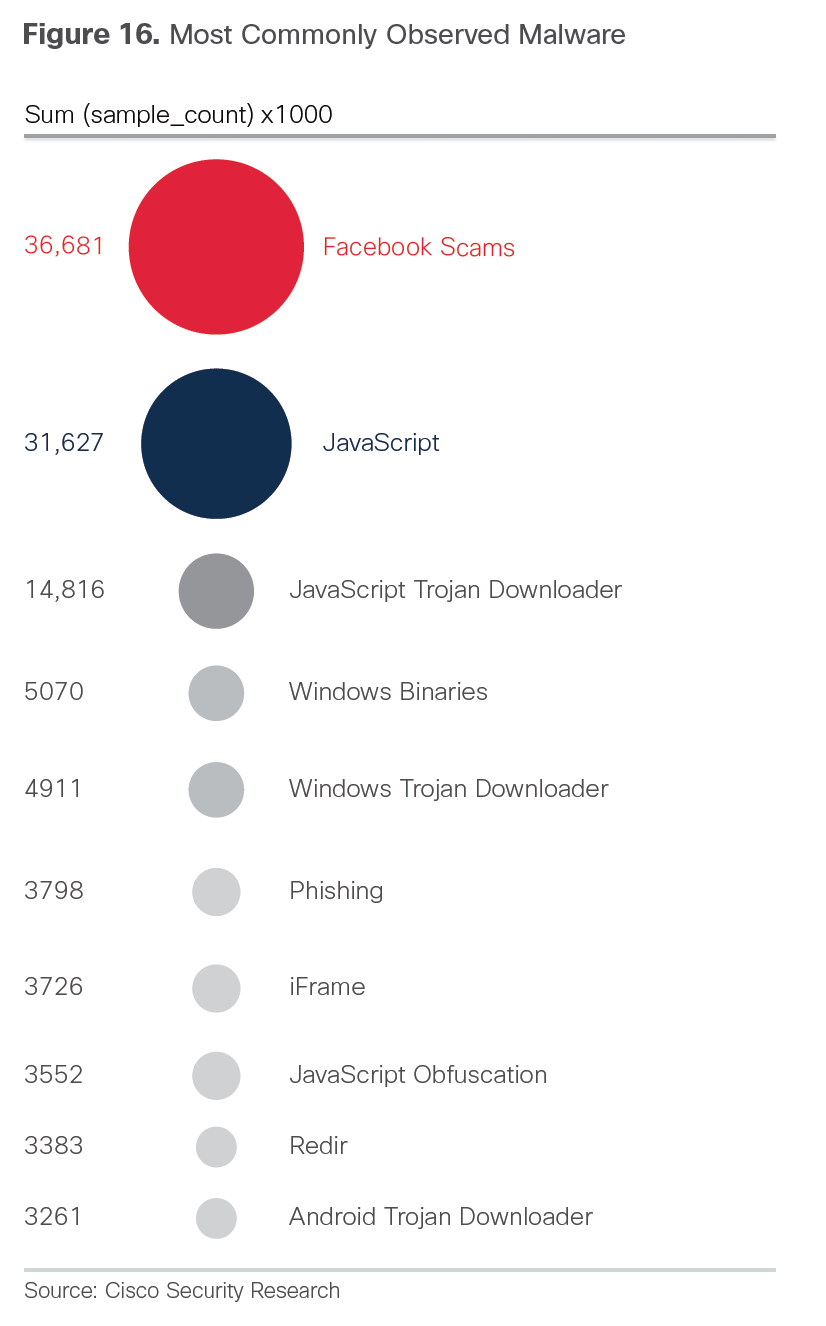 That’s my summery. Check out the full report for more details on what I highlighted as well as other findings.