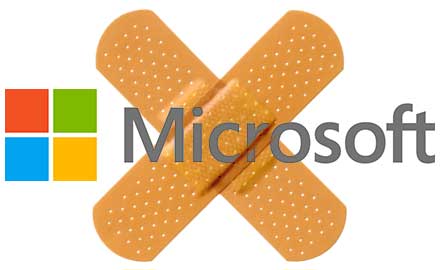 MS16-029 is this month’s Office security bulletin which addresses three privately reported vulnerabilities. Two the vulnerabilities (CVE-2016-0021 and CVE-2016-0134) are memory corruption vulnerabilities that manifest as a result of improperly parsing an Office document file and could lead to arbitrary code execution. The third vulnerability, CVE-2016-0057, is a security feature bypass that manifests due to an Office binary being improperly signed. Exploitation of CVE-2016-0057 is achievable if an attacker has write privileges to where the invalidly signed binary resides and overwrites the invalidly signed binary with one that contains malicious code.

MS16-031 addresses CVE-2016-0087, a privately reported privilege escalation flaw within Windows. CVE-2016-0087 manifests as a result of Windows failing to properly validate and enforce user impersonation levels. Exploitation of this vulnerability is achievable if an authenticated attacker executes a specifically written application that exploits this flaw. Note that only Windows Vista, Windows Server 2008, Windows 7, and Windows Server 2008 R2 are affected.

MS16-032 addresses CVE-2016-0099, a privately reported privilege escalation vulnerability in the Windows Secondary Logon Service. CVE-2016-0099 manifests as a failure by the Windows Secondary Logon Service to handle requests in memory. As a result, an authenticated attacker who executes a specifically crafted executable that is designed to exploit this flaw could obtain administrative privileges on the targeted system.

MS16-033 addresses CVE-2016-0133, a privately reported privilege escalation vulnerability in the Windows USB Mass Storage Class driver. CVE-2016-0133 manifests as a result of the USB Mass Storage Class driver failing to validate and handle objects in memory. In order for this vulnerability to be exploited, an attacker would need to have physical access to the system. An attacker could then insert a maliciously crafted USB device that exploits this vulnerability and execute arbitrary code in kernel mode.

MS16-034 addresses four privately reported privilege escalation vulnerabilities within Win32k. CVE-2016-0093 through CVE-2016-0096 all manifest as a result of the Kernel Mode Driver failing to properly handle objects in memory. Exploitation of these vulnerabilities could allow an attacker to execute arbitrary code in kernel mode. Note that for exploitation to be successful, an attacker would need to be authenticated and execute a specifically written application that exploits one of these flaws.

MS16-035 addresses CVE-2016-0132, a privately reported security feature bypass vulnerability in the .NET Framework. CVE-2016-0132 manifests as a failure to properly validate certain elements within a signed XML document. As a result, an attacker who exploits this vulnerability would be able to modify the contents of an XML file without invalidating the file’s signature.

In response to these bulletin disclosures, Talos is releasing the following rules to address these vulnerabilities. Please note that additional rules may be released at a future date and current rules are subject to change pending additional vulnerability information. For the most current rule information, please refer to your Defense Center, FireSIGHT Management Center or Snort.org.