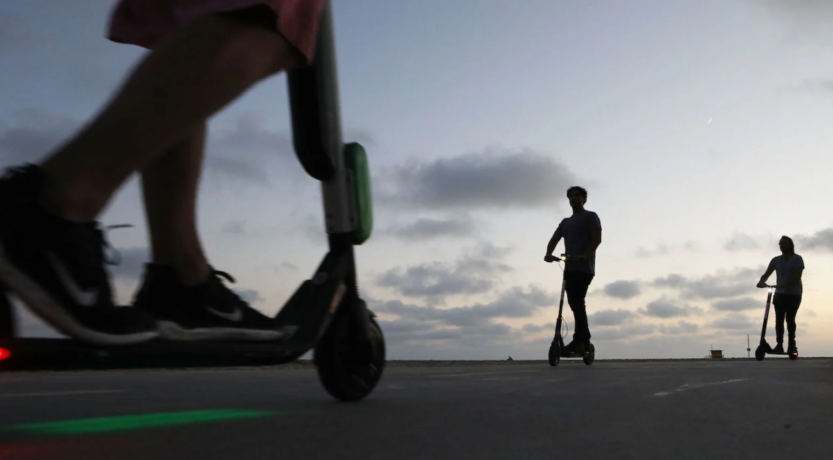 Gizmodo posted about an Australian hacker that modified the audio from Lime scooters. This one is pretty funny and worth watching the videos. The original post can be found HERE. The good news is only the audio was modified. It could have been ugly if breaks or other things were modified.

At least eight Lime e-scooters have been pulled from the streets of Brisbane, Australia this week after they were hacked to say sexual and otherwise offensive things. Lime calls the hack “disappointing.”

“Okay, if you’re going to ride my ass then please pull my hair, okay?” one of the scooters said after being unlocked, according to a video posted on YouTube.

“Don’t take me around, because I don’t like to be riden,” another scooter can be heard saying in a different video published online.

Video taken by local TV news Channel posted to Twitter shows an entire row of scooters shouting , some of which are difficult to decipher since they’re at once.

When customers ended a ride with the hacked scooters, the voice box said, “no, where you go?” according to yet another video posted before Lime learned about the hack.

“We are aware that eight Lime scooters in Brisbane have had their audio files changed by vandals recording over the existing audio file with inappropriate and offensive speech,” Nelson Savanh, Lime’s public affairs manager for the Australian state of Queensland, told the Brisbane Times.

“It’s not smart, it’s not funny and is akin to changing a ringtone,” Savanh said.

Lime scooters are still operating under a trial basis in Brisbane, where the international scooter company has faced plenty of hurdles already. Back in January, the wheels of Lime scooters in the Brisbane area were locking up and sending users flying over the handlebars. Some users even broke bones and required stitches until a software update fixed the problem.

this was just audio files, there have been concerns about that might be more dangerous. Researchers at the security firm Zimperium recently demonstrated that they could force a scooter and brake by using a Bluetooth-enabled app from over 300 . But Lime doesn’t operate the scooter model that was used in Zimperium’s hack demonstration.

Users are hacking scooters around the world to max out their speed and get free rides. But other people are simply interested in adding a little chaos to the world. People have been placing stickers over the QR codes used to start a ride, smashed the scooters in the street, and sometimes simply set them on fire.

All things considered, perhaps Lime is rather lucky that the people of Brisbane are only hacking the audio of their scooters right now. Given what the Americans are doing with them, things could be much, much worse.